We continue to play trivia each week online - no prizes, just pride. Here are the results from this week's game.
​And here are the questions from this week's game:
Round 1 - Flags of Our Fathers
Since it was Flag Day and will be Father's Day, here are questions about either flags or fathers.​​
Round 2 - The Man in the COVID Mask
Since we’re in the era of eyes, identify the male celebrity from only their eyes. 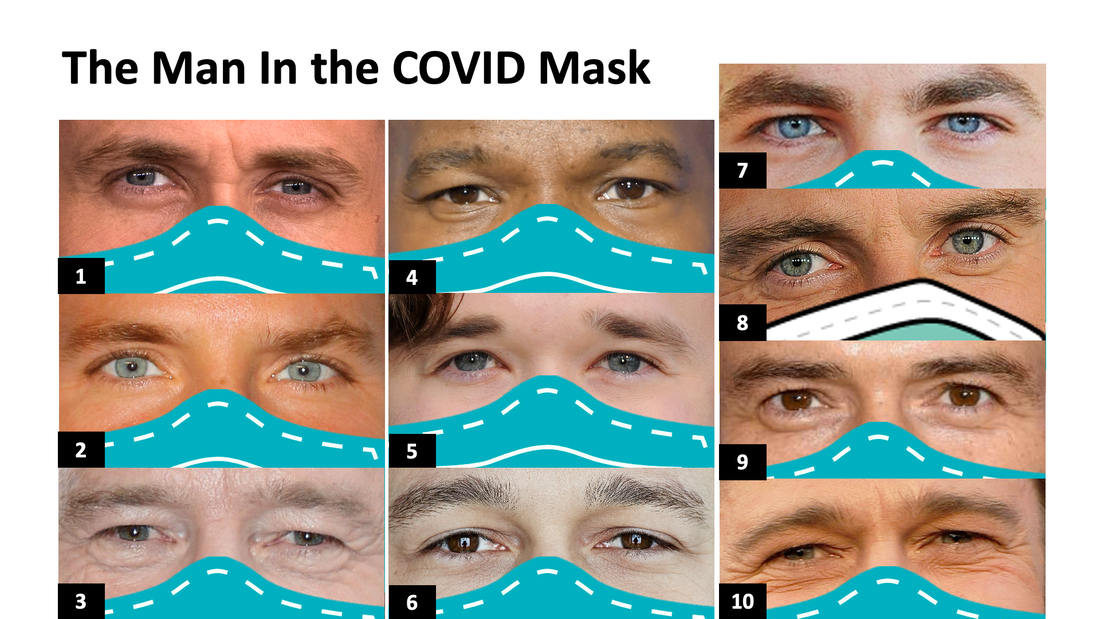