We continue to play trivia each week online - no prizes, just pride. Here are the results from this week's game.
​Round 1 - Grab Bag Connection
Round 2 - The Masked Celebrity
As we did with male celebrities a few weeks ago, identify the female celebrity from only their eyes.
For a bonus point, then tell me what they all have in common. 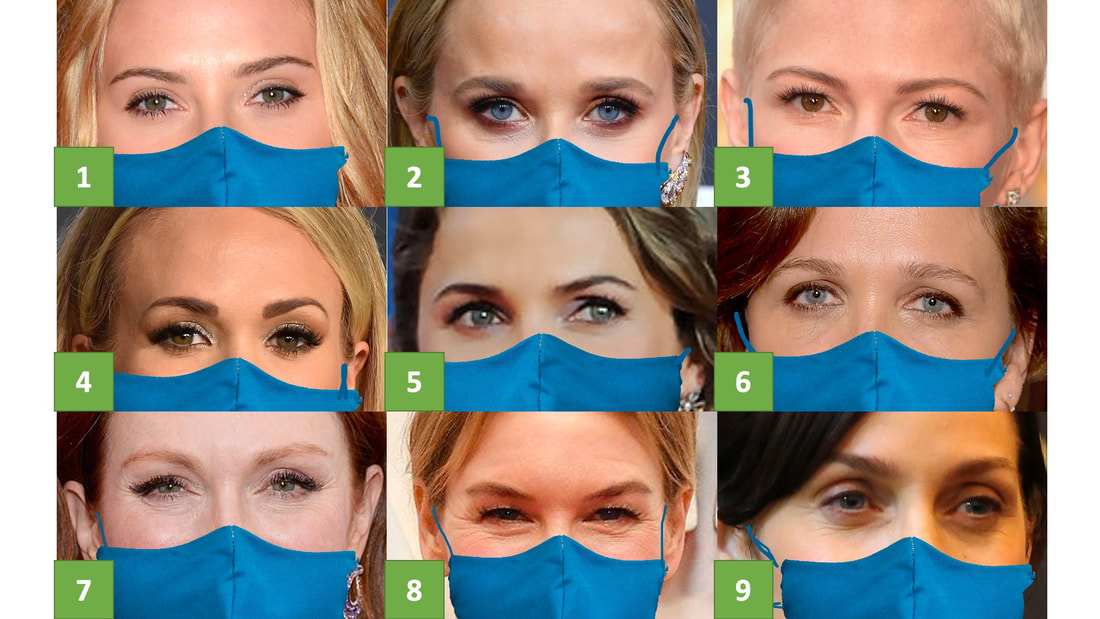 Round 3 - O Captain, My Captain
Round 4 - Movie Music Mixup
​The songs famously featured in these film scenes have been replaced with different music.
For each film clip, name the song that accompanied the scene originally.
There are 10 questions.
Hint: The replaced music can really throw you off, even on the "easy" ones. If you're having a hard time recalling the music that was in the original scene, just mute the video so that your brain is not distracted.