We continue to play trivia each week online - no prizes, just pride. Here are the results from this week's game.
​Round 1 - Sports & Leisure
Round 2 - Before & After: Music
Two song clips will play back-to-back. Name the “Before & After” title.
Round 3 - The Grass Is Greener
Round 4 - Emoji Codes: Streaming TV
Each clue is a series of emoji that either sound out the title of a show (rebus) or at least pretty clearly hint at it.​ 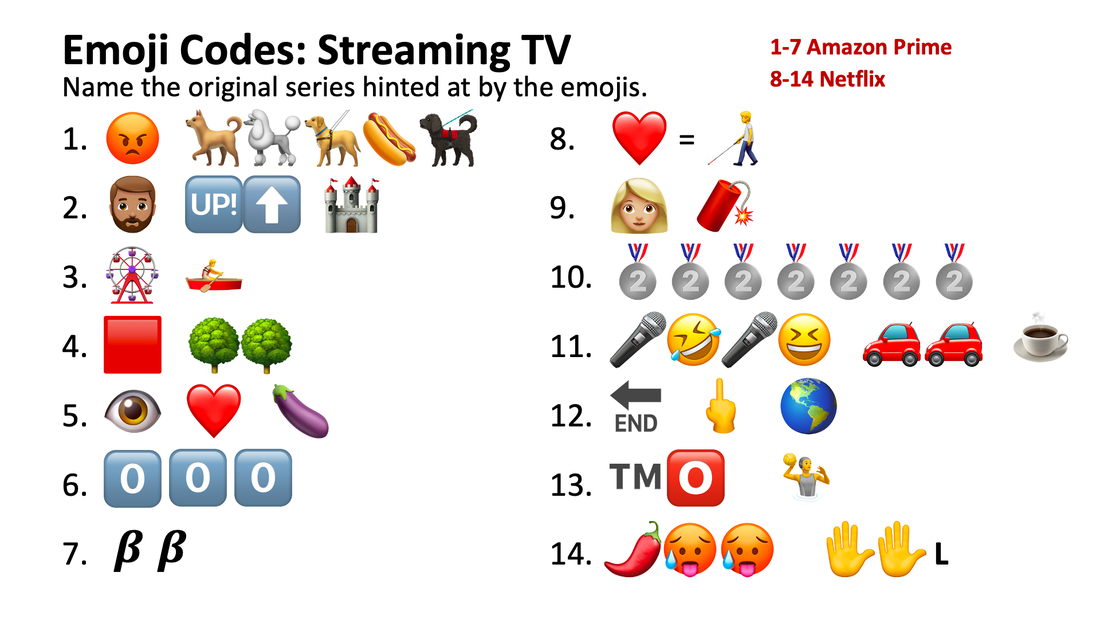